Your Help is Zora’s Survival! 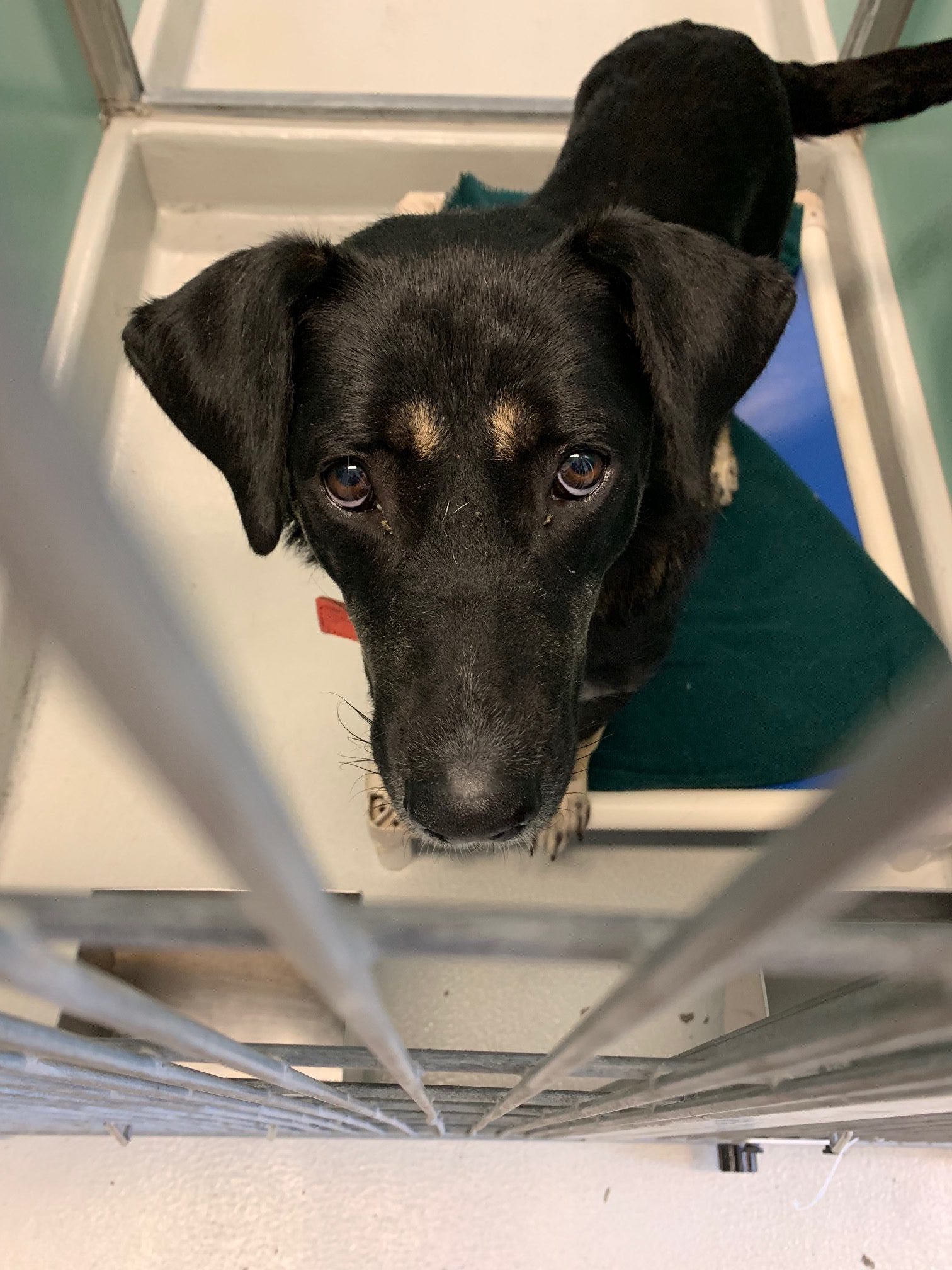 Zora’s motherly instincts kicked in to fight, not only for her own life, but the lives of her nine puppies!

When Zora was rescued off the streets and brought to the WHS this past June with her nine puppies, she was just holding on. At first glance, it was easy to tell that Zora had not been cared for in a long time. She was visibly underfed, infested with ticks, and lethargic. The WHS staff began their testing and found that she was also heartworm positive and suffered from intestinal worms. All these symptoms combined meant that Zora had a long recovery ahead of her, but her attitude showed that there was no quit in her. She had that mama bear strength to her.

Right away the staff was amazed at how friendly Zora was and how she was very trusting of people handling her pups. Zora’s puppies did not stay at the WHS for long. Within a couple weeks of their arrival at the shelter, they had all been adopted to loving families.

Zora (now named Praire) spent over a month recovering with multiple foster families before she was available for adoption. She hit the adoption floor and eventually met her forever family. She is still in-and-out of the shelter for medical check-ups, but she has a happy and long life ahead of her. Zora’s medical bills were much higher than the average animal. Because of this, we asked WHS supporters to fund her recovery via our Medical Emergency Fund. Thanks to our donor’s, her medical bills were fully covered!

As the year draws to an end, please consider a donation to the WHS so that we can continue to give animals like Zora a second chance at happiness. Today, we’re launching our end of year campaign and asking you to make a special gift to the WHS. Your generosity will help us save more animals, protect them from suffering, and promote their welfare and dignity. We are in urgent need of $60,000 before the end of the year, to help the hundreds of animals that will come through our doors over the next few months. If you join me and other supporters in giving what you can, we’ll fulfill that need!

Your generosity makes all the difference to our shelter animals. Every animal in our care has the same silent plea: “Your help is my survival”. Please be a hero once again for those in our care by donating to animals in need here. We hope you’ll also celebrate your support on social media with the hashtags #WinnipegHumaneSociety and #WHSHeroes.