Tips for Co-Existing Peacefully with Beavers 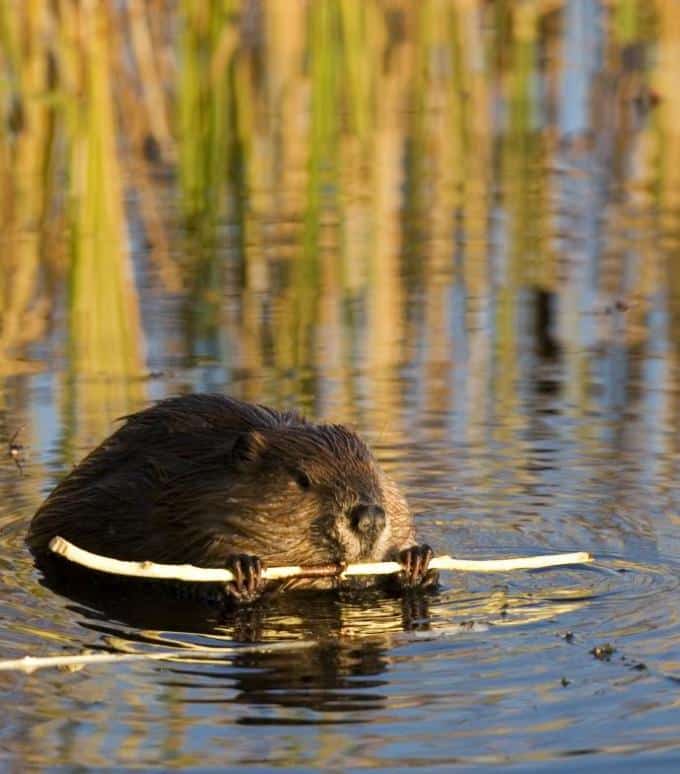 Beavers have long been an iconic symbol for Canadians. With urban and cottage spaces constantly expanding nationwide, more and more humans are finding themselves attempting to co-exist with North America’s largest rodent. Beavers are not only a wilderness staple, they are also crucial for keeping ecosystems running smoothly. For instance, beavers play a critical role in wetland ecosystems by improving water quality and availability, ultimately resulting in large levels of local biodiversity.*

For those individuals living near creeks and riverbanks, even within the city of Winnipeg, beavers can pose a definite risk for damaging trees and blocking waterflow in order to make their dams and lodges. Historically, the city of Winnipeg has resorted to, and still currently uses, conibear traps and firearms to eradicate beavers deemed as nuisances. The Winnipeg Humane Society does not support using lethal methods when dealing with nuisance beavers, as research shows that such methods actually allow for neighbouring beavers to move into the territory. In fact, lethal methods for removing beavers actually increases population growth, by stimulating beavers to become sexually mature earlier in life.**

Inhumane conibear traps used by the city of Winnipeg not only pose a major risk to both humans and animals that may wander close to riverbanks, they also do not discriminate against any other wildlife that may fall victim to the trap. Additionally, there is no way to guarantee the trap will immediately kill the caught animal, allowing for prolonged suffering before death.

Beavers mate for life, with kits staying with their parents for up to two years. As such, relocation is also not an ideal solution. However, there are many ways to peacefully co-exist with one of Canada’s most iconic animals without resorting to killing them.

For instance, placing wire mesh around your property is one of the easiest methods to deter beavers from chewing and taking trees for their lodges and dams. There are also many culvert protective cones and fences*** commercially available for municipalities and private citizens to utilize, to prevent beavers from blocking water flow. Beavers will instinctively try to block flowing water, and such devices make those efforts impossible, forcing the beavers to choose an alternate location for their dams.

If your property is at risk from flooding as a direct result of a beaver’s dam, pond leveler systems**** (also commercially available throughout Canada), can also be installed to re-direct water flow through the dam without any disturbance whatsoever to the animals.

There are many successful examples of municipalities throughout North America using such devices to successfully co-exist with beavers, proving that alternative humane options are not only available, but they also work.***** Not only are the above co-existence measures far more humane, they are also much more cost effective in the long run, as lethal methods simply result in new beavers moving in, solving nothing. By learning to co-exist with beavers, humans can enjoy taking part in helping Canada’s biodiversity and ecosystems, while also protecting Canada’s most iconic animal.