The Reality of Trapping: Meet The Non-Target Victims 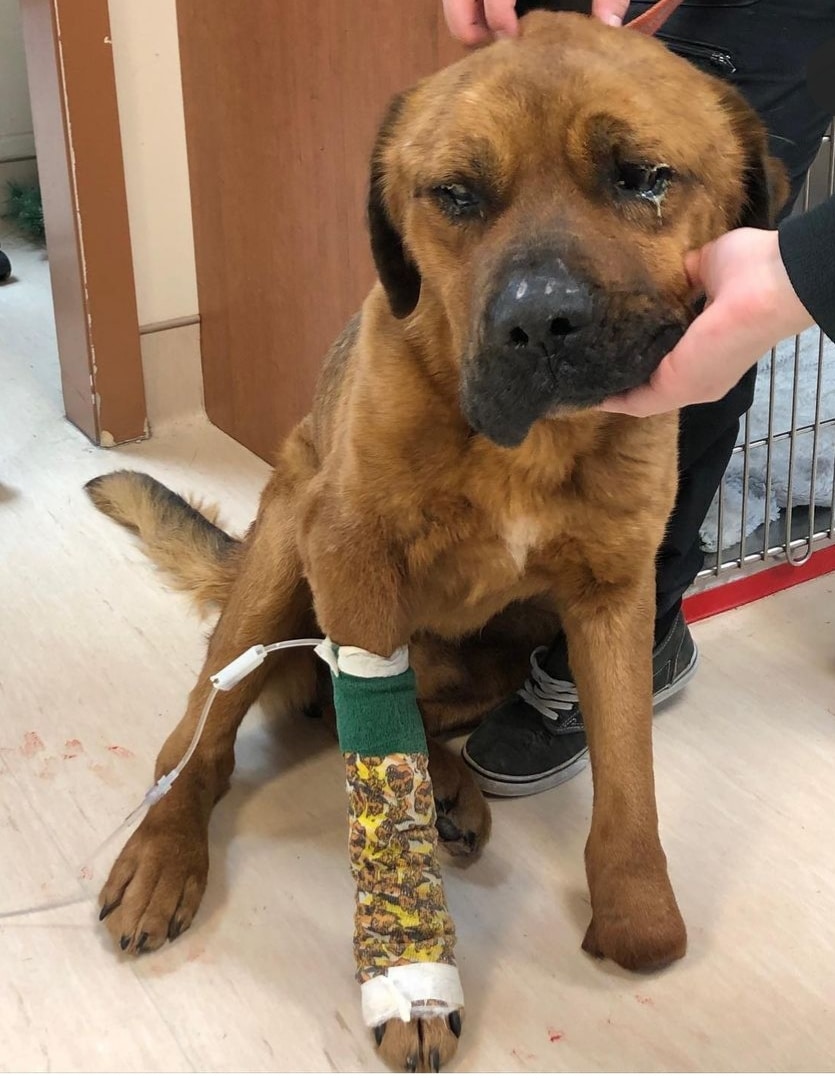 Roger, who was rescued by K9 Advocates after being caught in a leg hold trap for numerous days.

Earlier this month, Winnipeg Humane Society supporters were devastated to learn of Ruby, the dog that slowly suffocated after being caught in a conibear trap. Last week, our organization was alerted of yet another dog, named Frankie, who also tragically suffocated to death by a snare trap near the St. Norbert area just outside of the city.

We wish we could say the tragedies ended there, however late last week, local dog rescue group K9 Advocates Manitoba announced the rescue of Roger, another dog who had his leg caught in a leg-hold trap within Manitoba, and was estimated to be stuck in the trap, in excruciating pain, for almost two weeks. Poor Roger’s paw ended up falling off from the severe damage cause by the trap, though he is lucky to be alive and is recovering nicely thanks to the incredible work of K9 Advocates Manitoba. Legally placed/certified ‘humane’ or not, such traps pose extreme risks to domestic dogs and wildlife alike.  It has become evident that it is far too common for domestic dogs and wildlife to suffer immensely when they fall victim to traps like those mentioned above.

As such, the Winnipeg Humane Society is joining forces with the national wildlife advocacy organization The Fur-Bearers, to demand that Manitoba’s trapping guidelines be reformed. We are asking our supporters to contact Blaine Pederson, (minagr@leg.gov.mb.ca)  Manitoba’s  Minister of Agriculture and Resource Development, and ask:

1)      To legislate that all trap areas must have clear, legible signage indicating the presence of traps.

2)      All non-target animals caught and killed in traps be reported annually.

Please see the link below for a sample letter template to send to your MLA, or to the Minister of Agriculture: 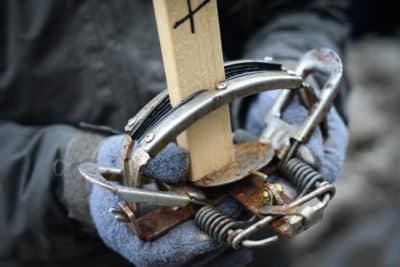 With your support, we can continue to advocate for all animals within Manitoba, so that no other animal has to endure what Ruby, Frankie and Roger went through. For more information on this campaign, please email us at animaladvocacy@winnipeghumanesociety.ca

To support to our Animal Welfare efforts directly, so we can continue to bring you this critical information, you can make a donation here.